Beloved husband, dad and “papa” Raul John Chavez passed away at the age of 69 on November 9th, 2021. He was born on March 2, 1952 in Winslow, AZ to Raul and Henrietta Chavez and was greatly energized by many years of sibling rivalry with his brother Leo. He used all that energy to become a star football player during his high school years in Phoenix. In 1970, he enlisted in the United States Navy and proudly served 6 years as a commissaryman on the USS Charles Berry, including a deployment to Vietnam.

In the mid 1970’s, Raul moved his family to Bellingham, WA and became a very active and well-known member of the community. He coached youth sports, served the homeless with Salt on the Street, sponsored many men at AA, helped grieving families as a Support Officer, brought hope to those incarcerated as a jail chaplain, and ministered to thousands of men by founding Band of Brothers For Christ.
Raul loved the Lord first and foremost, but he fiercely loved his family as well. He married the love of his life Debbie Chavez in 2005 after a “blind date” in which he spent 2 hours telling her all his many faults! She loved his honesty and his obvious love of Jesus. He took great pride in his 5 children, Tammy Hedge (husband Jason), Julie Gibboney (husband Matt), Nick Chavez (wife Rachel), Jeremy Schuitema (wife Whitney) and Tanya McLean (husband Ken). Raul, known fondly as “Papa”, adored his 10 grandchildren, Cole, Sadie, Ben, Sammie, Kaden, Layla, Laina, Rheagan, Allie, and Rhett.
In addition to his Whatcom County family, Raul maintained loving ties with his extended family in Phoenix and California, including brother Leo (wife LaRayne, children Christian and Catriana).
His great passion in life was encouraging broken, hurting men and pointing them toward Jesus. He had a tremendous impact on every single person he met, whether at the grocery store or the gas pump. He wanted to get to know everybody, and if that person was a man, they most assuredly got an invitation to come to Band of Brothers For Christ. No one exemplified the servanthood of Christ more than Raul Chavez.
Raul loved the outdoors, the ocean, firepits, watermelon and Georgia Mud Fudge blizzards. He and his wife hosted monthly family gatherings called “Chavez Sunday”. They often featured crazy themes, lots of fun and laughter, and firepits and watermelon as much as possible. He will be greatly missed by his family and friends, but they find joy in knowing that Jesus welcomed him to heaven with the words “Well done good and faithful servant.”
Please join us for a Memorial Service to celebrate the life of Raul. We will gather together on December 5th at 1:30 pm at Christ The King Church in Bellingham. The family would be honored if you would take a moment to share your memories of how Raul impacted your life. Please email those memories to Raulmemories@gmail.com

To plant memorial trees or send flowers to the family in memory of Raul Chavez, please visit our flower store.

Dear Tammy & Julie, I have no words..upon losing my brother it's like losing an appendage, & your never the same.In 10th grade working at Clark's is when my awesome relationship with your daddy began.He hired my whole youth group to help bring groceries through the scanner while he installed our scanner system..no more stamping prices on everything! I coined him my Christian magician.Only comfort that worked for me is he's with our Abba Father ,Precious Jesus under the safety,joy& comfort of His Wing.I Love you little girls as I've been Blessed to know you both personally & you are treasures! With much Love& Sincerity, Becky (Roberts)Vos Xoxo.

Oh Debbie, my heart is breaking-Raul was such a good man!!! I will never forget discussing a book with him and about a week later we were alongside each other on Lakeway Dr, stopped at a stop sign and he got out of his car to give me a copy of the book-he had such a huge heart and I feel blessed to have known him!

"My brother from another mother" as we often joked upon meeting again.
I love and miss you brother, but I'll see you on the other side.

A photo was added for Raul John Chavez 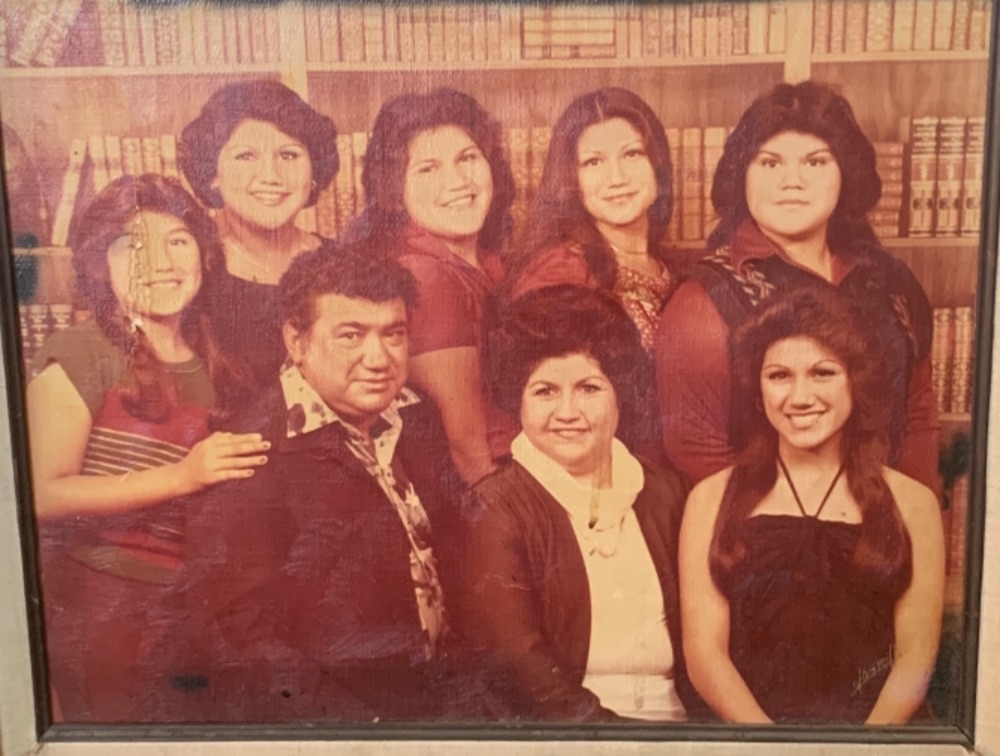 I am so sorry to hear about his passing. He will be missed.